Since 2000, Evelyn Kuwertz has also observed, and found inspirationin, in other european cities: PARIS, BARCELONA, ROME and created a series of pictures from TOULOUSE in which countryside she lives. It is not the point of view as a chronicler or with the intention to illustrate the reality -basically of this works is the subjective impression and emotion, she had at the first sight, and the special light in each city reflecting the architectural forms.

From 2000 onward, the European city of TOULOUSE provided a visual subject. Fascinated by the urban architecture, EVELYN KUWERTZ set out to discover the city. The series dealing with TOULOUSE is not executed from the perspective of a chronicler, nor can one recognize an intention to depict reality; she follows her first impressions, the special aspects of each city, its colors, forms, light and atmosphere. It is subjective perception and experience that provide the motivation.

„Attracted by the unfamiliar architecture and colorfulness of the city, which to me also seemed strange, I applied the gaze of a flâneur, opening myself to the impressions without any intention and letting myself be guided by the light which lent form, structure and color to the objects. For a moment the unfamiliar city revealed itself, and then once more hid away its secret essence. Reality and imagination intermesh; subjective perception remains the determining factor for my interpretations of other European cities too: PARIS, BARCELONA, ROME.“ 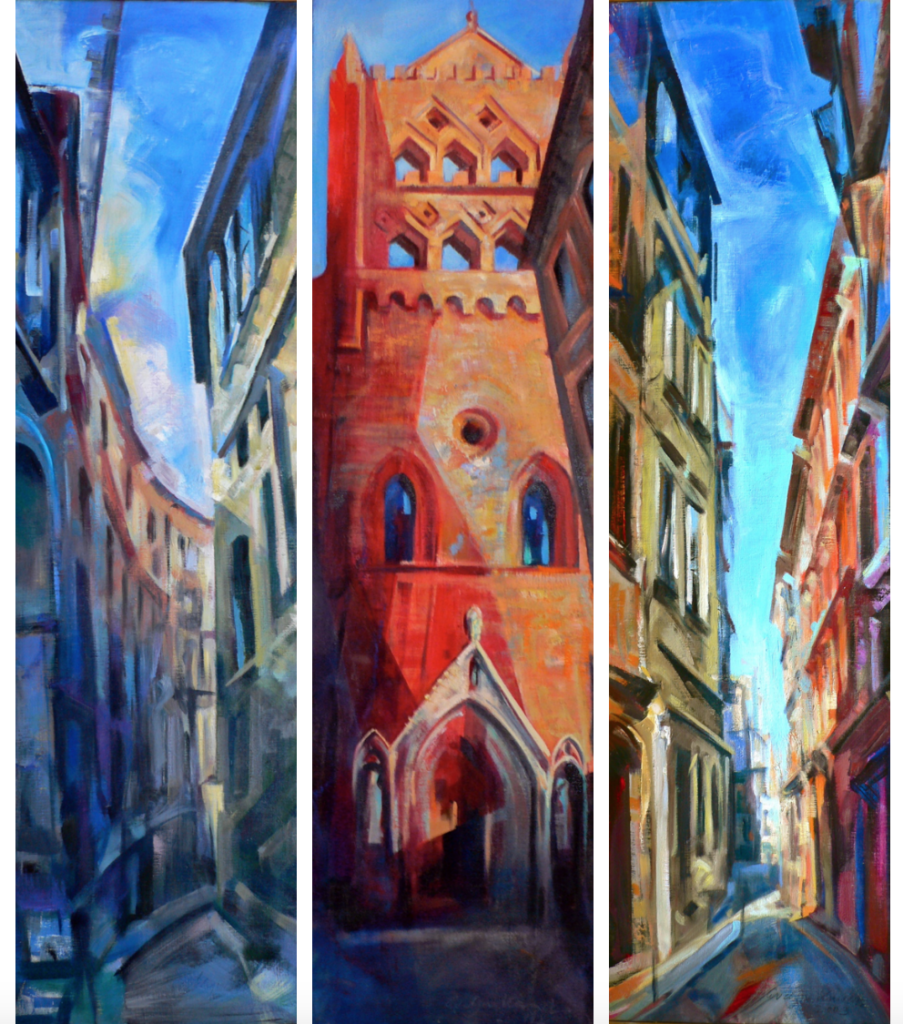 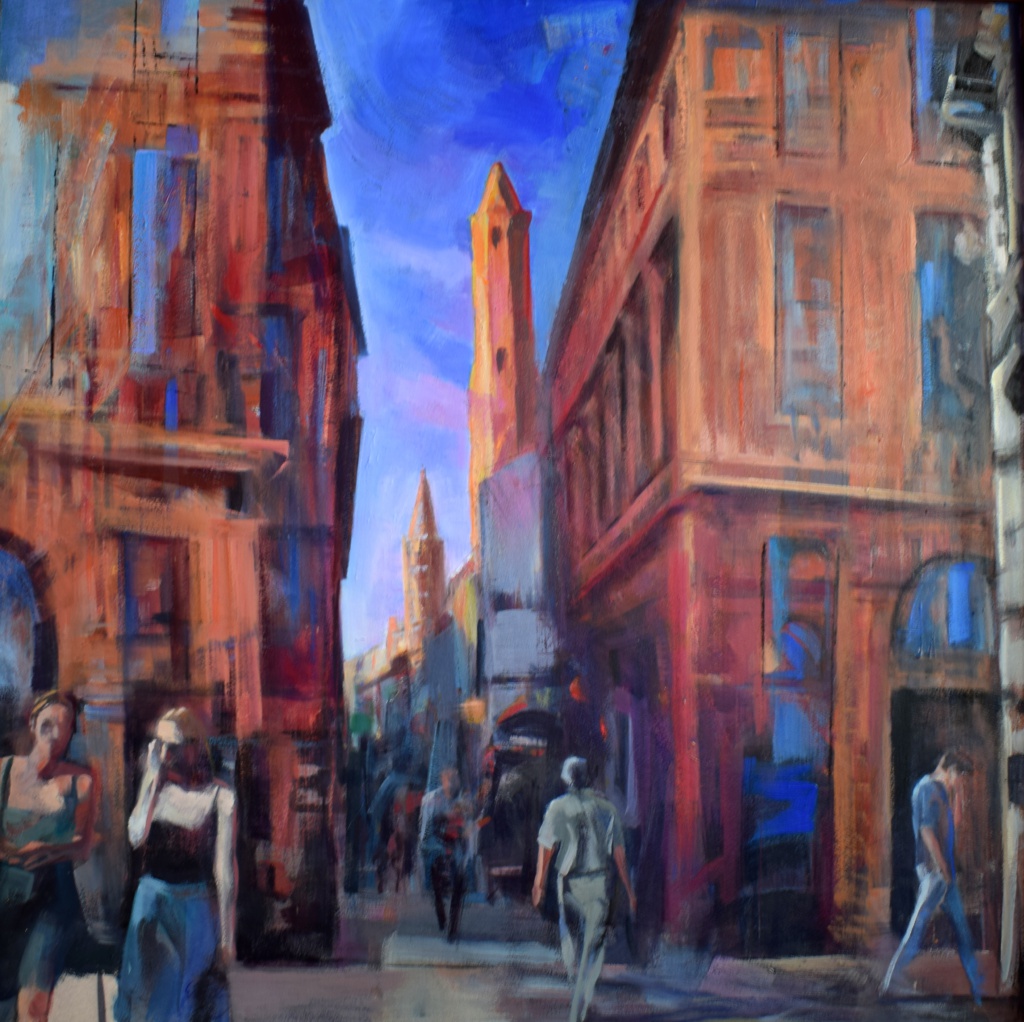 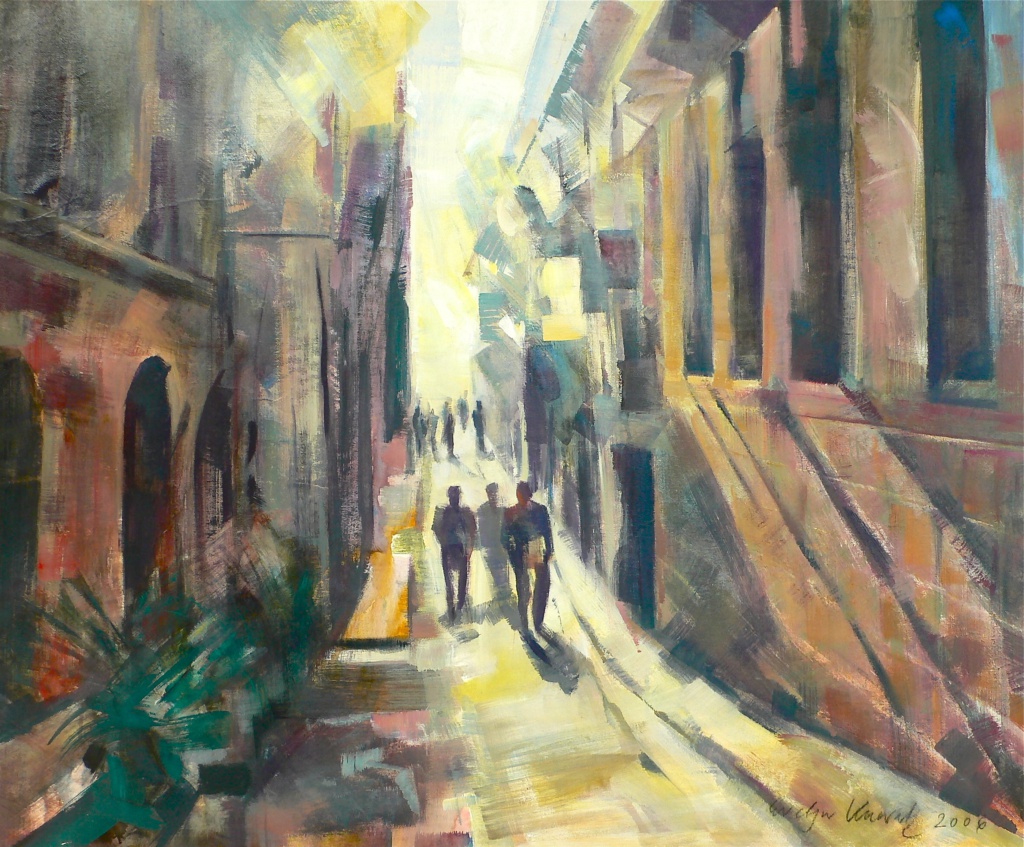 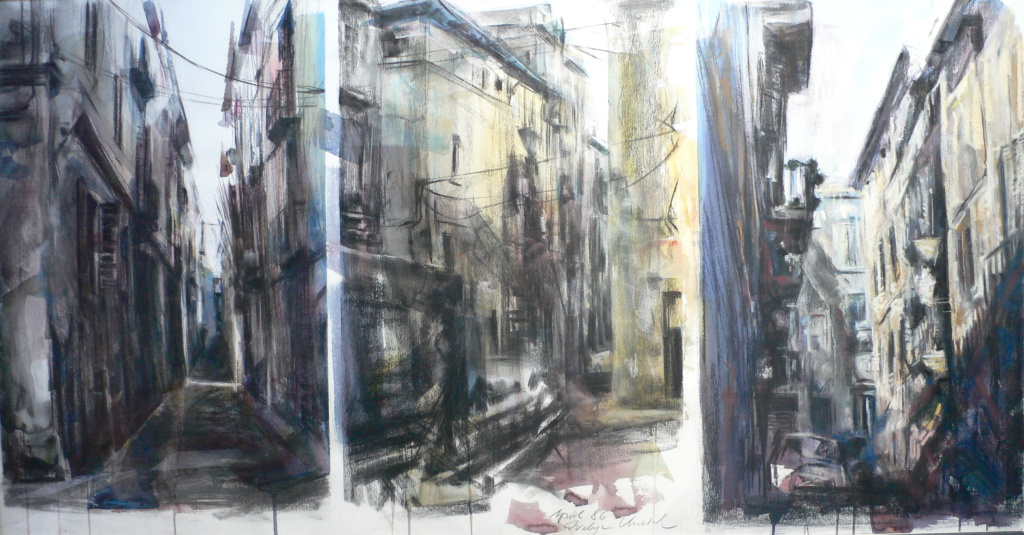 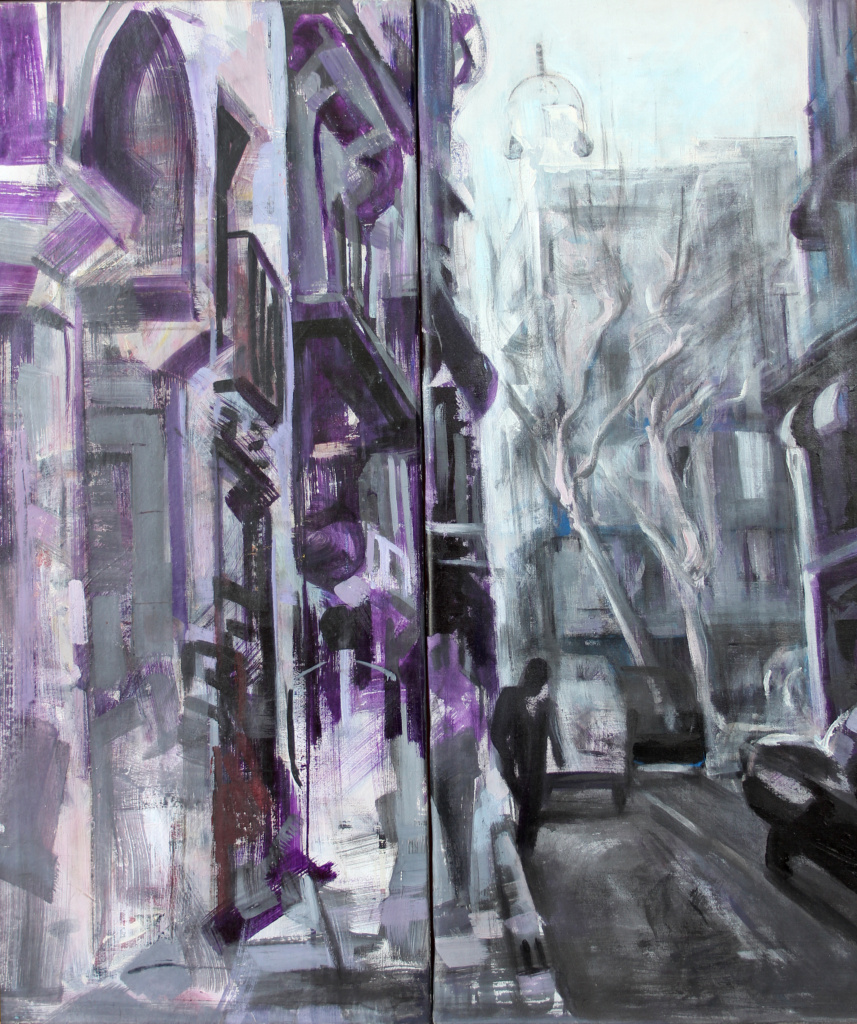 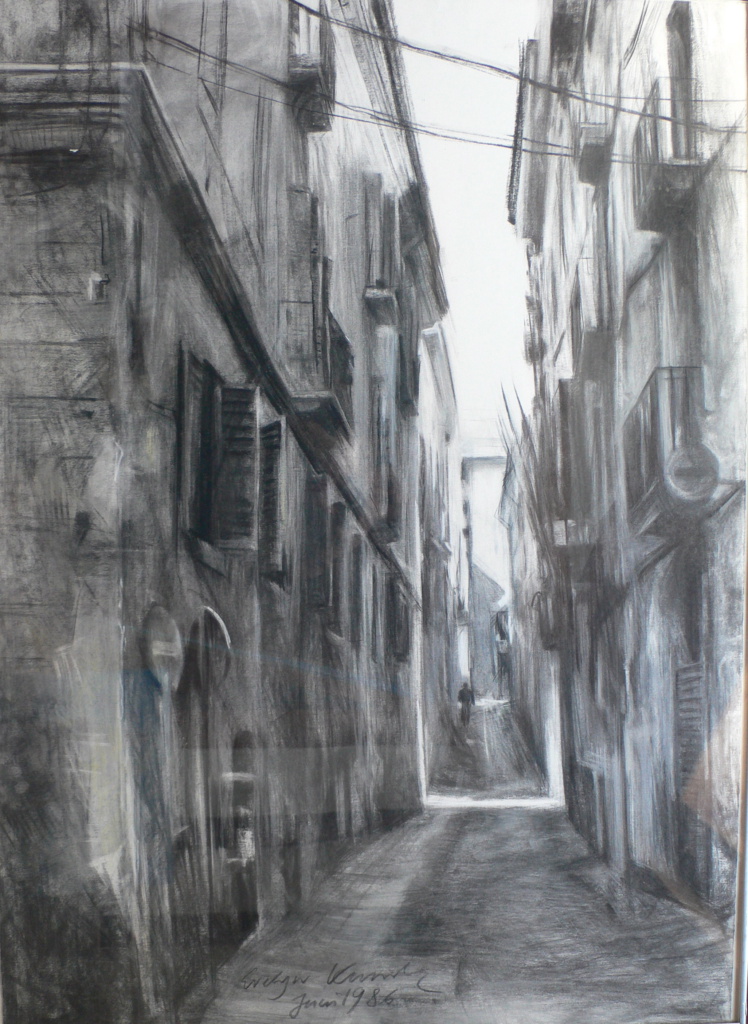 In the watercolor and the oil painting with the title ROM, the buildings of the city and a quote from art are combined in the form of a montage, on the one hand the city is depicted and at the same time its cultural tradition – if I think of Rome, I also have the paintings and sculptures of the city in front of my eyes. In the pictures, the various visual elements are bundled, the bright light in a large square, the massive buildings in silhouette and in a perspective. In the foreground of the picture St. Paul who is in the fall is shown, the figure taken from the picture “The Conversion of Paul” by Caravaggio (Collezione Odescalchi Balbi) Rome. These Rome compositions, using the grisaille technique, convey a melancholy basic tone of transience. 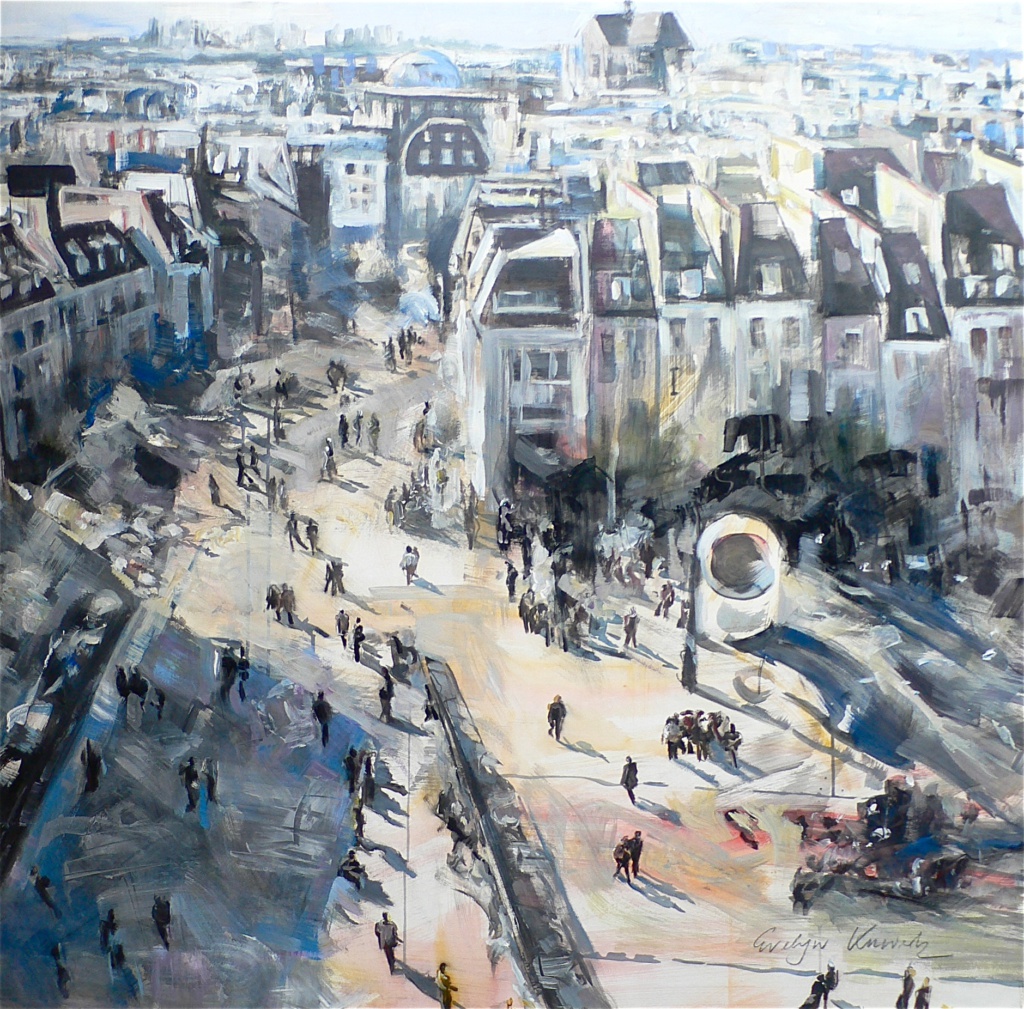 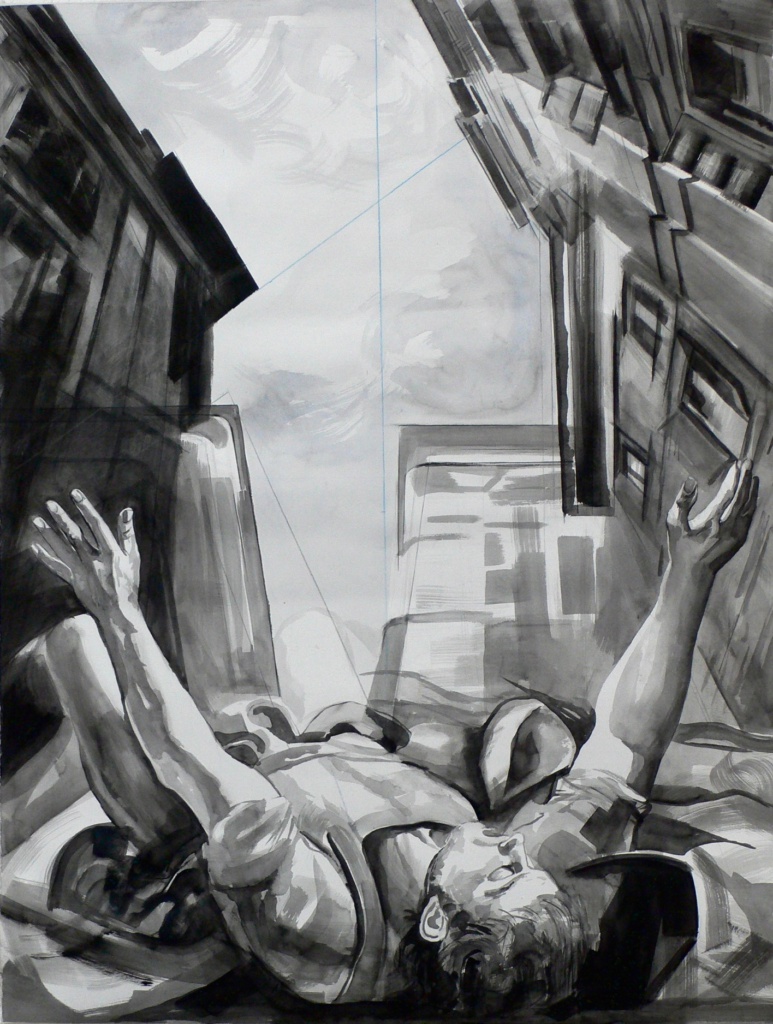 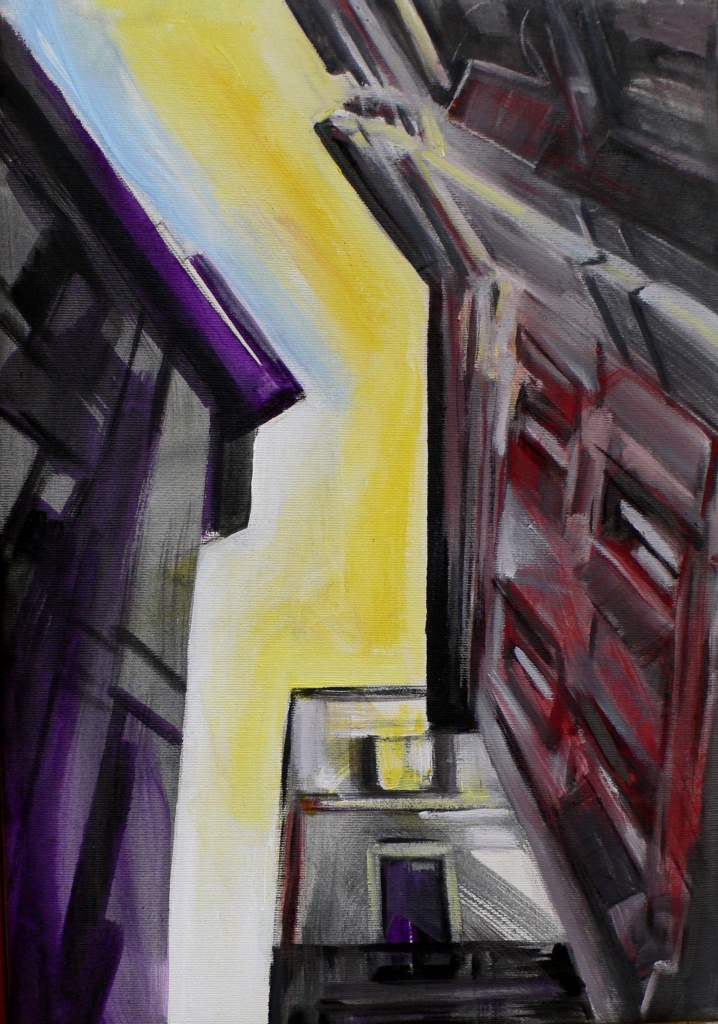 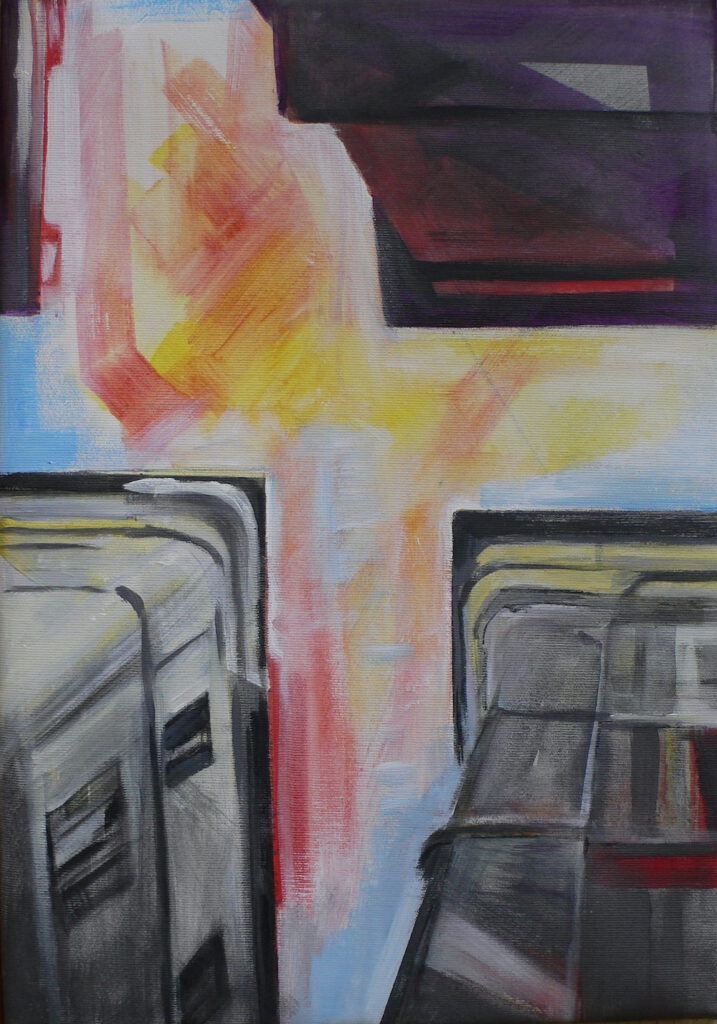 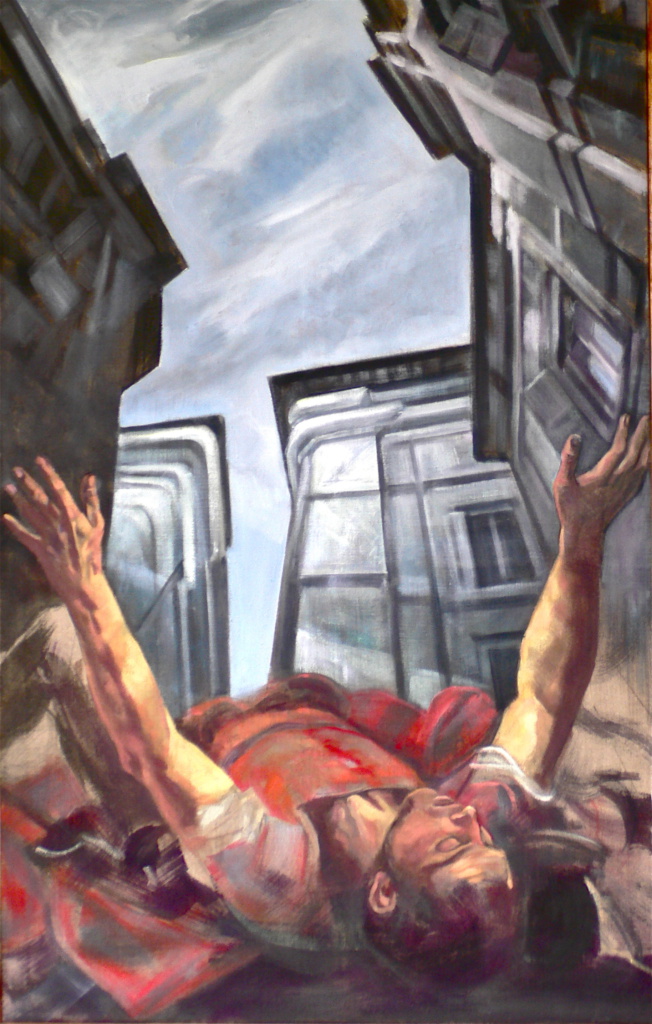 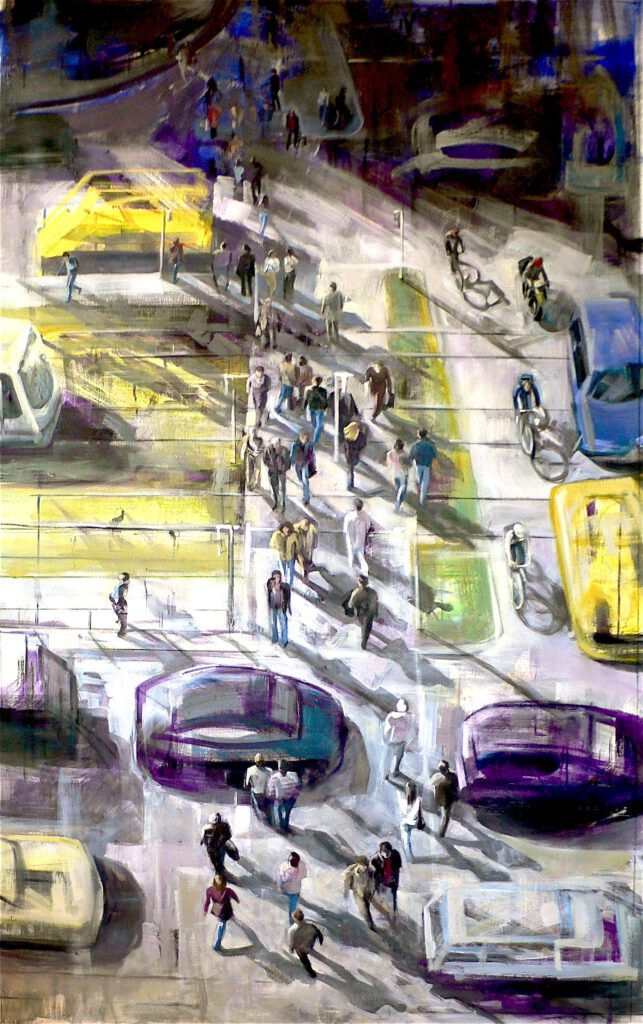