In 1979 the city of WEST BERLIN became an ongoing theme: she discovered the U-Bahn (underground railway) and the S-Bahn (urban railway) as characteristic big-city motifs in which the attitude towards life of Berlin residents could be expressed, and which rendered visible the special political situation of the city. She represented urban life of the 1980s by means of the interchange stations of Hallesches Tor, Kottbusser Tor and Gleisdreieck, showing people waiting or hurrying, the light accentuated the space and the people. Anonymous, groups of people she painted in a portrait-like manner, by U-Bahn driving or standing on escalators. 2011 Evelyn Kuwertz starts the theme portrait, faces taken from meetings every days – events- news. Portrait Urban, Self-portrait and Adolescence. 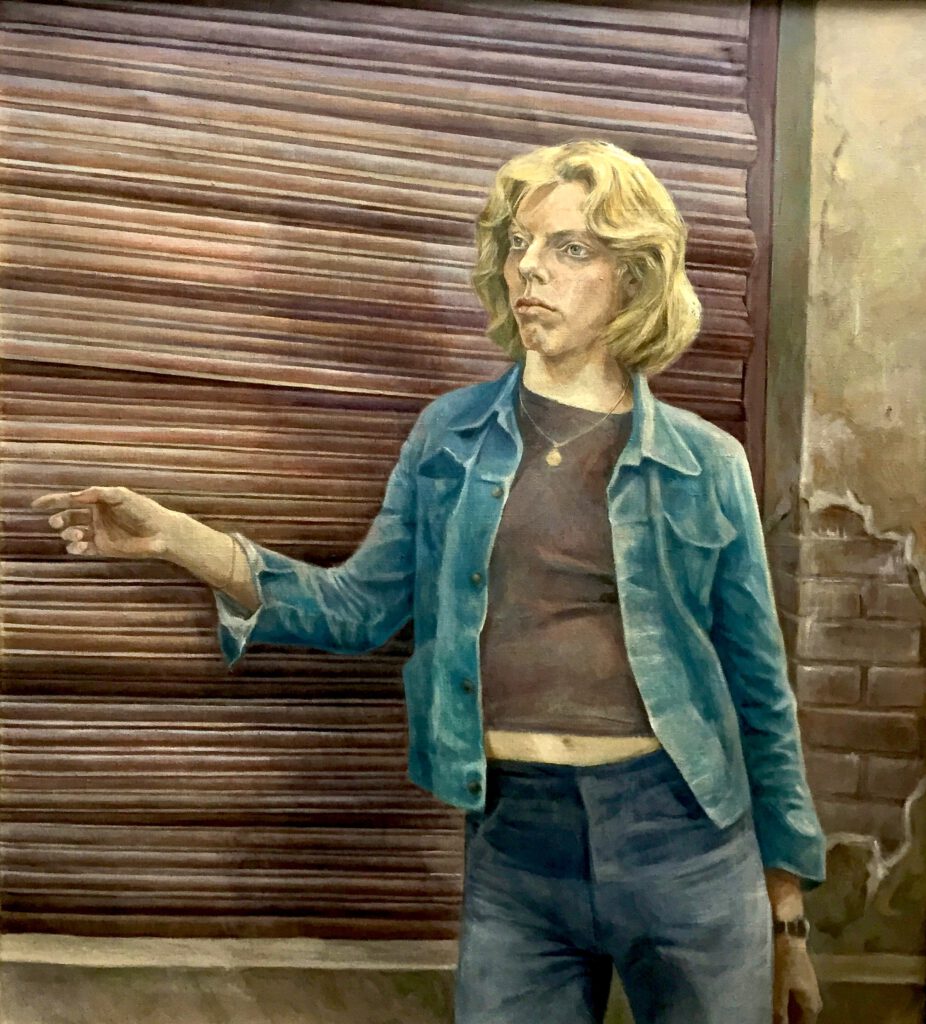 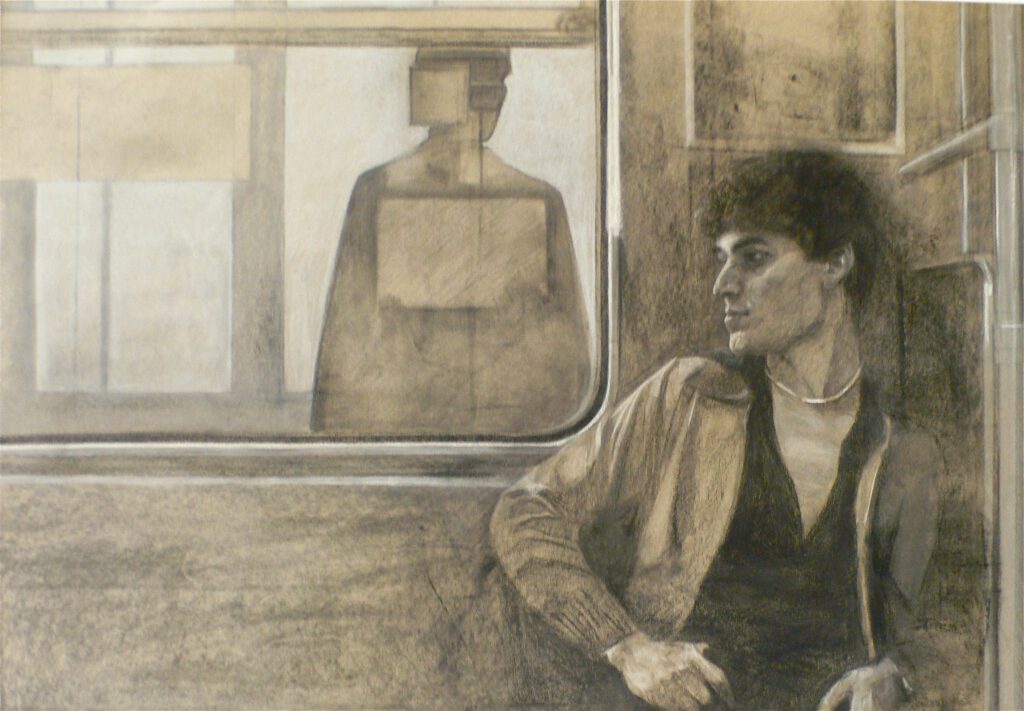 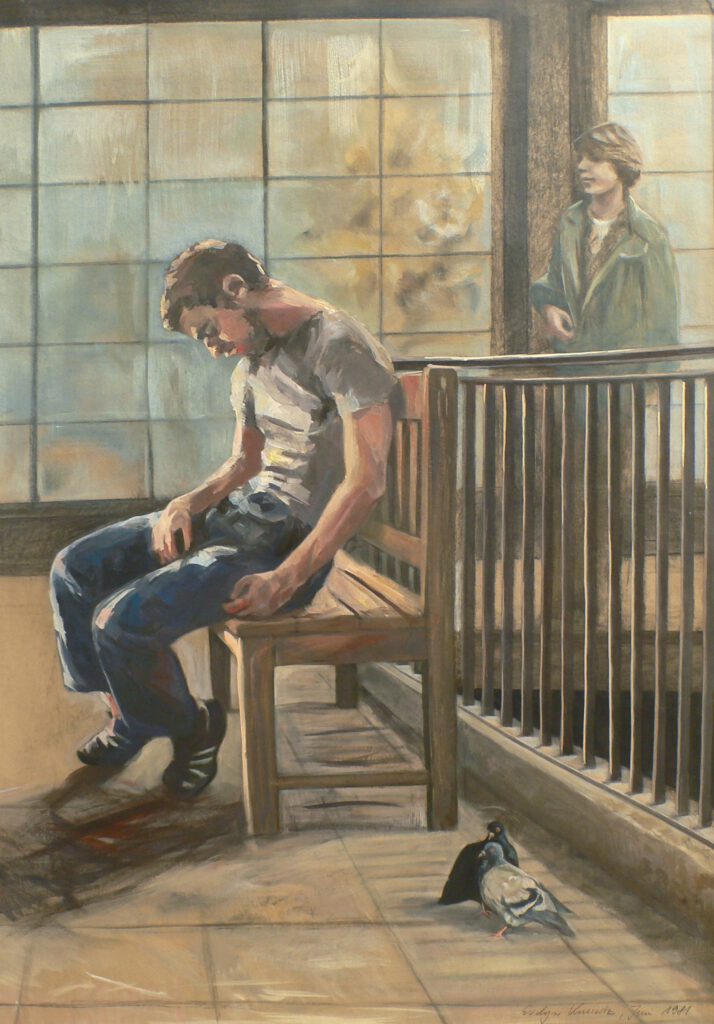 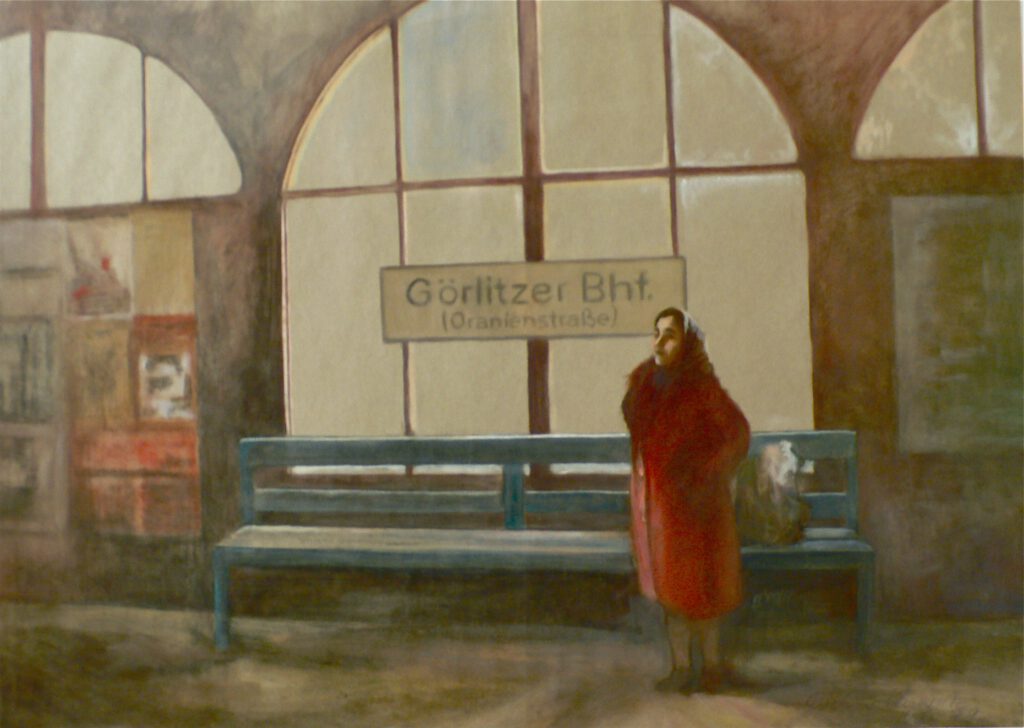 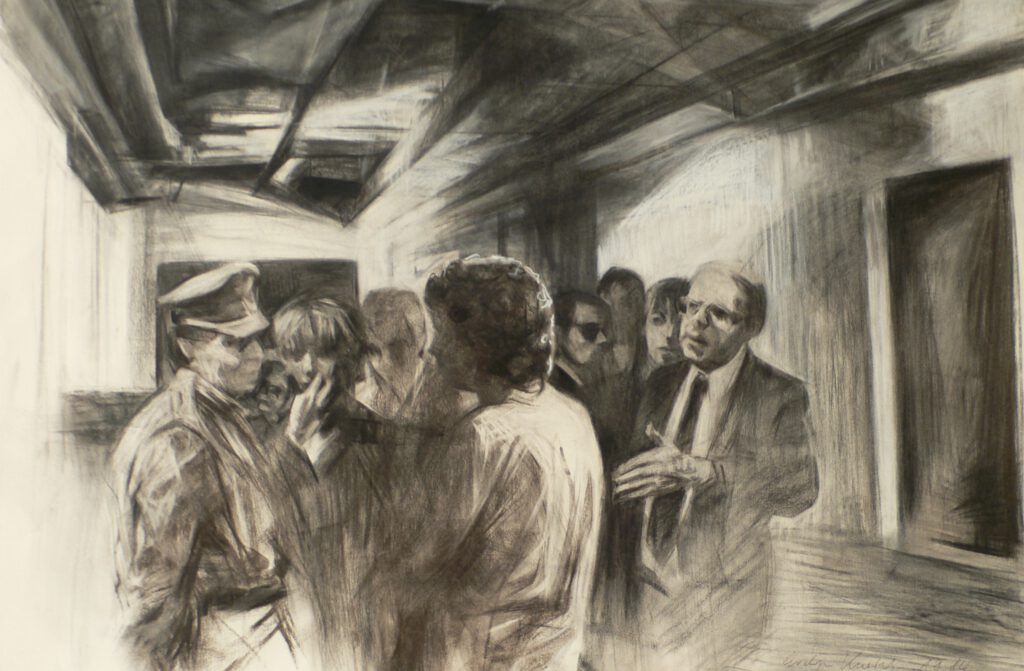 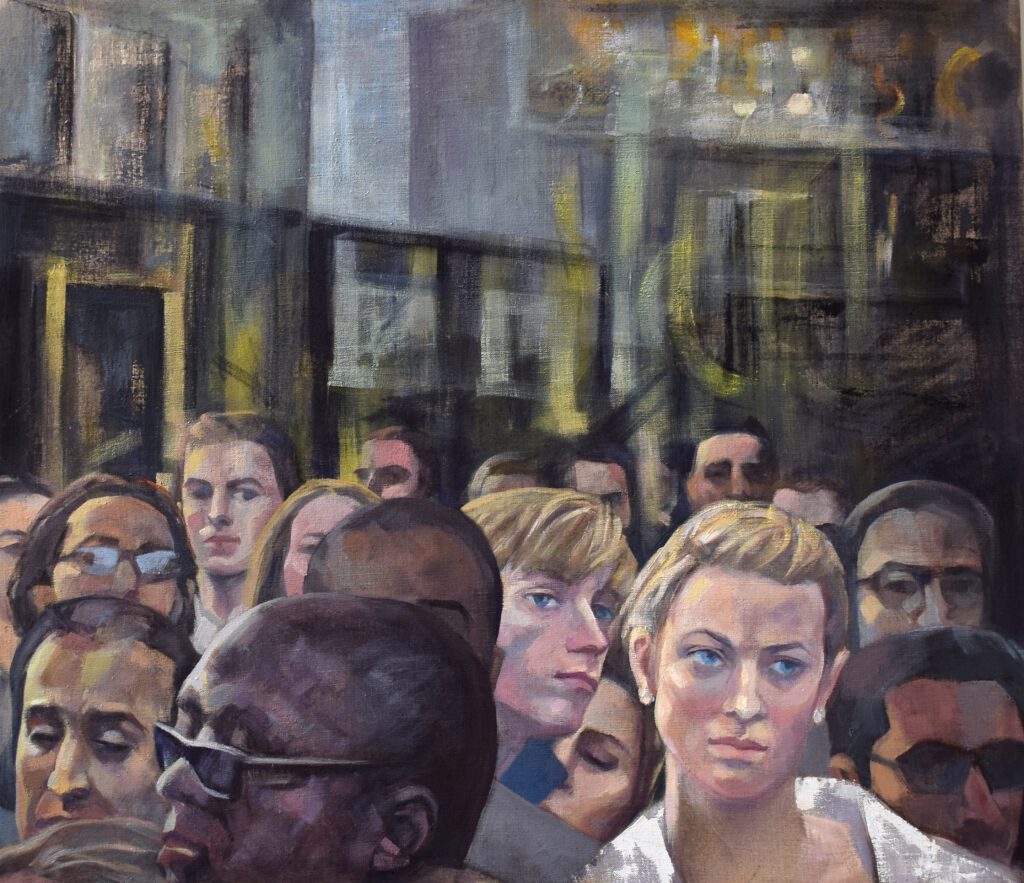 2014 E. Kuwertz continues the examination of the self-portrait witch she has varied in different context, in the 70s and 80s Years. In the new works is the pictorial implementation the modulation of the face by the incident light. 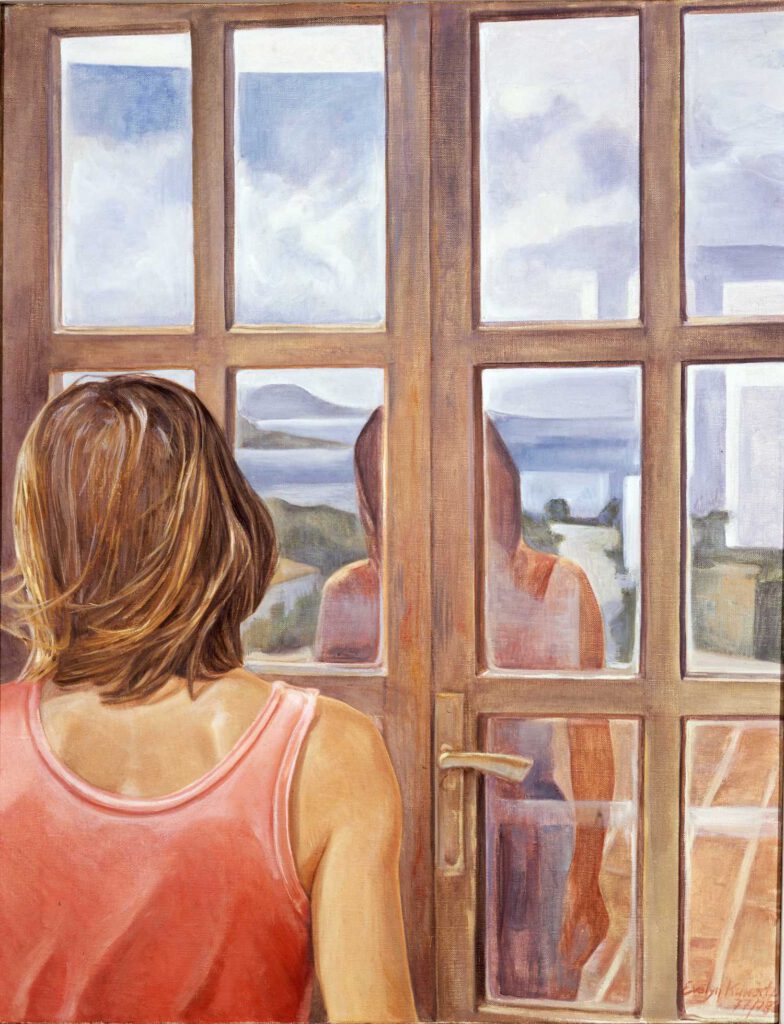 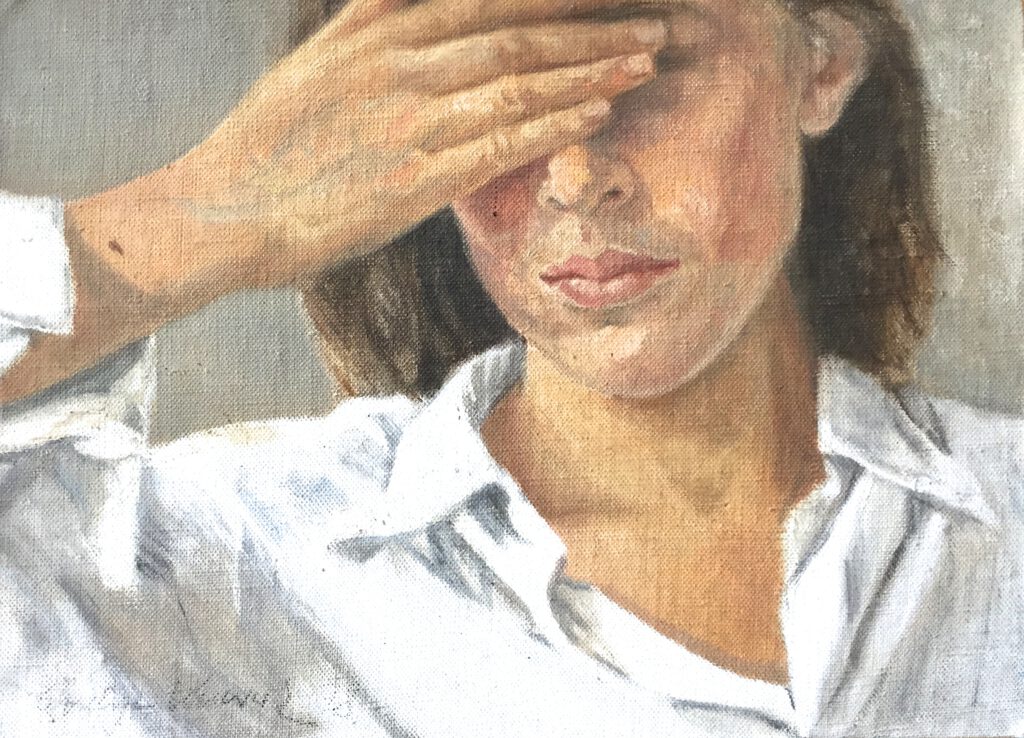 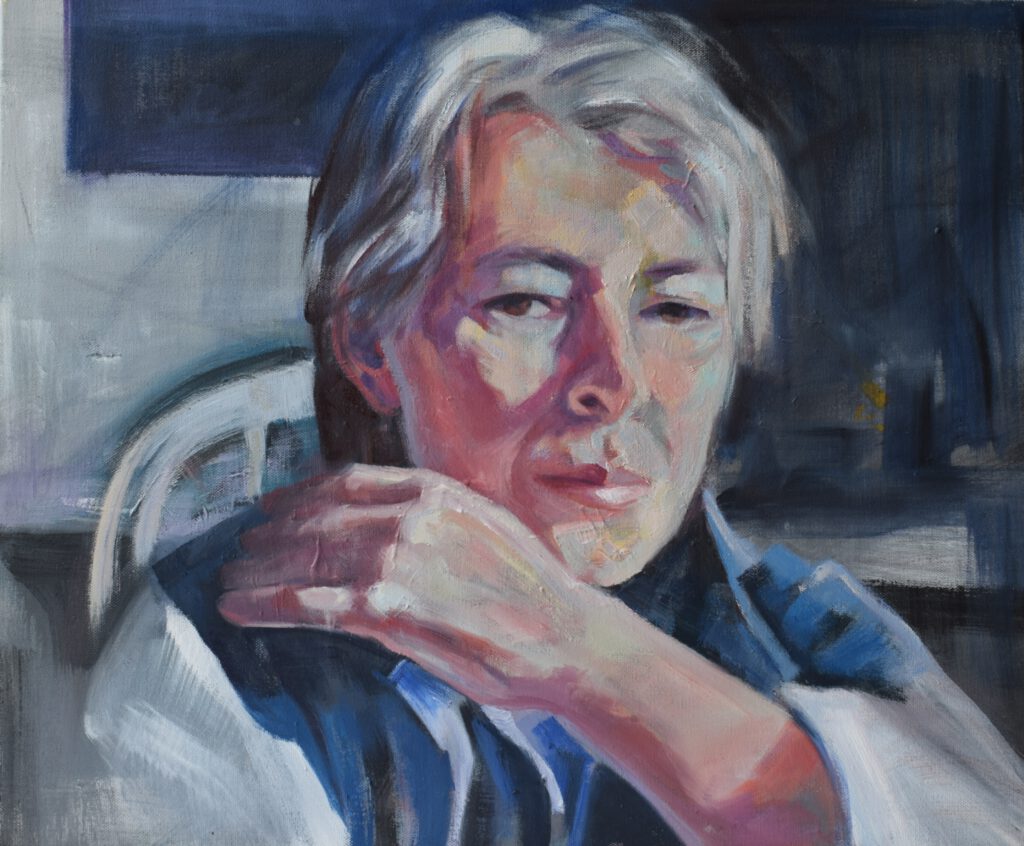 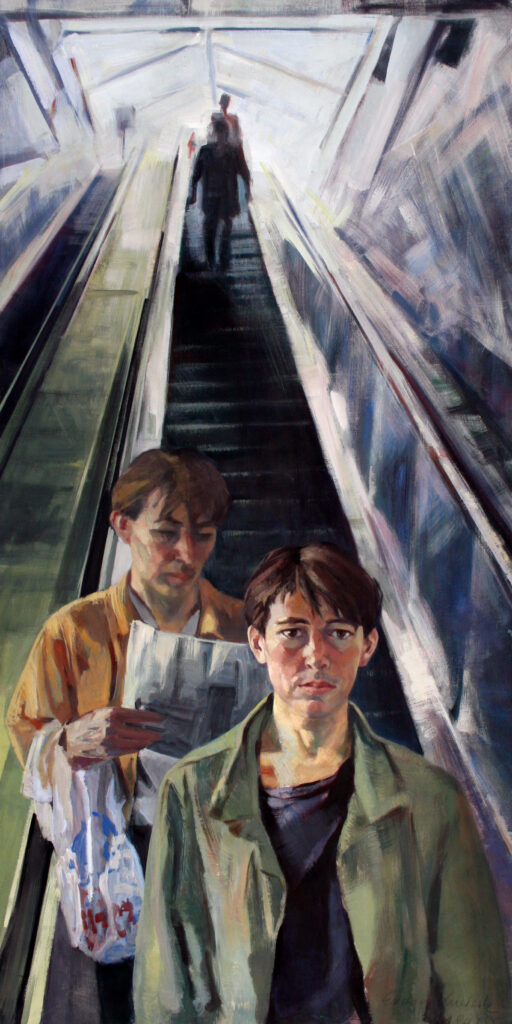 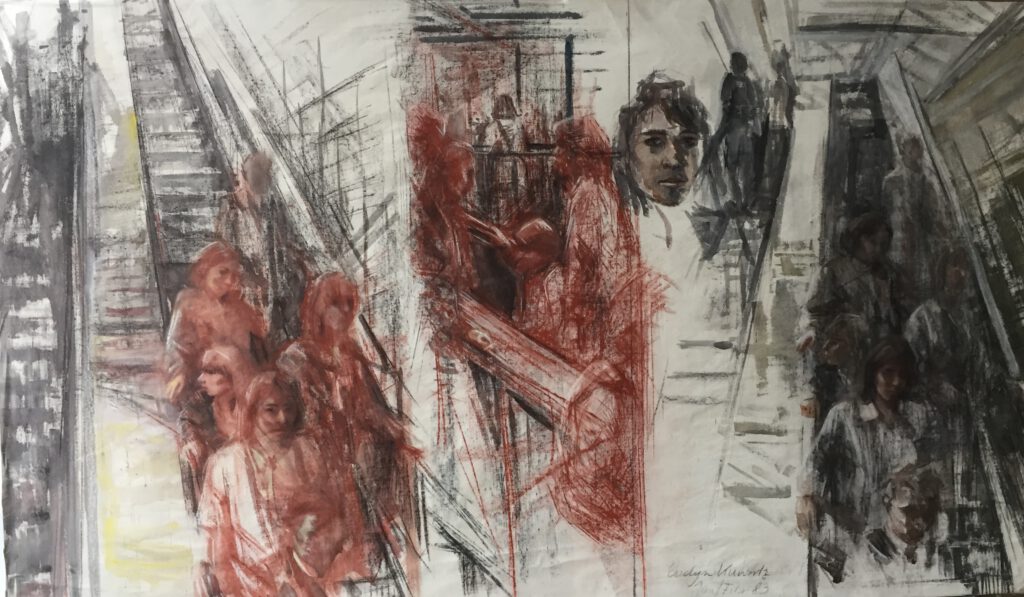 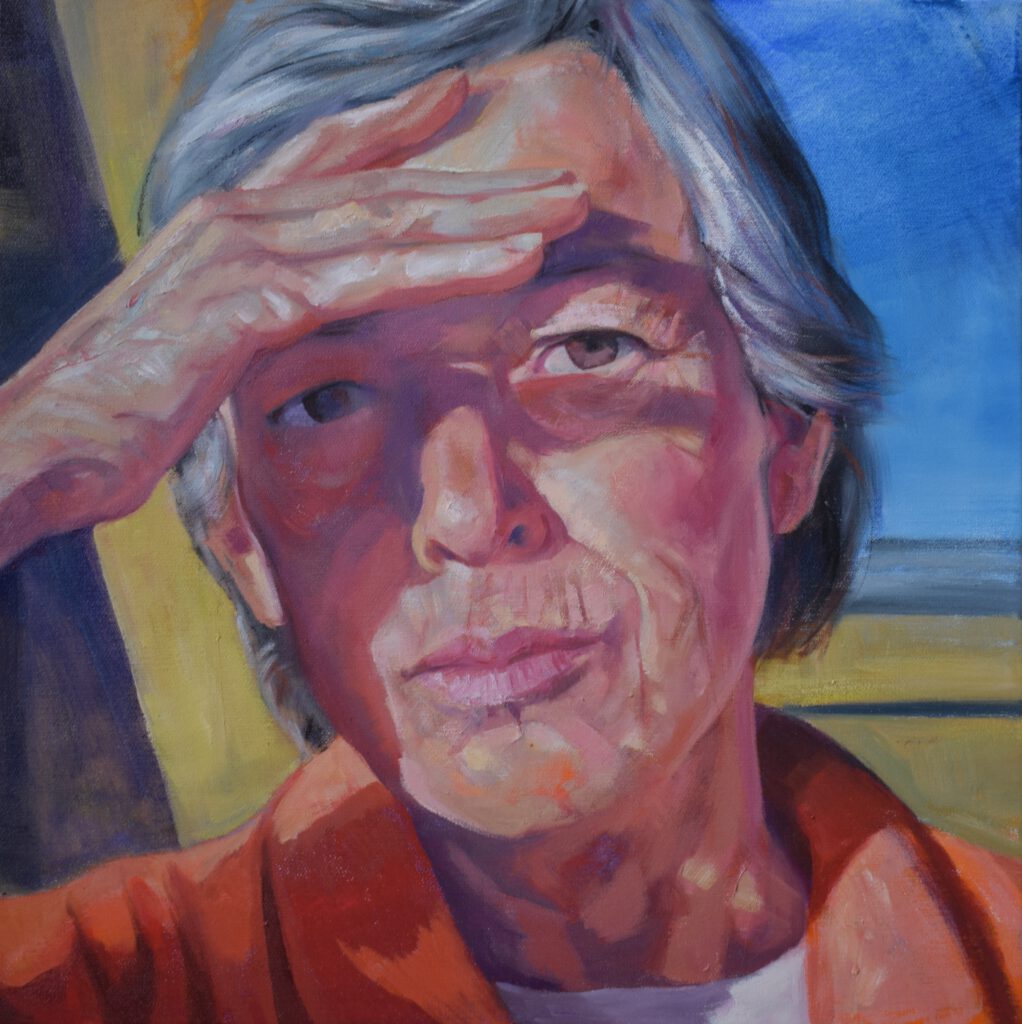 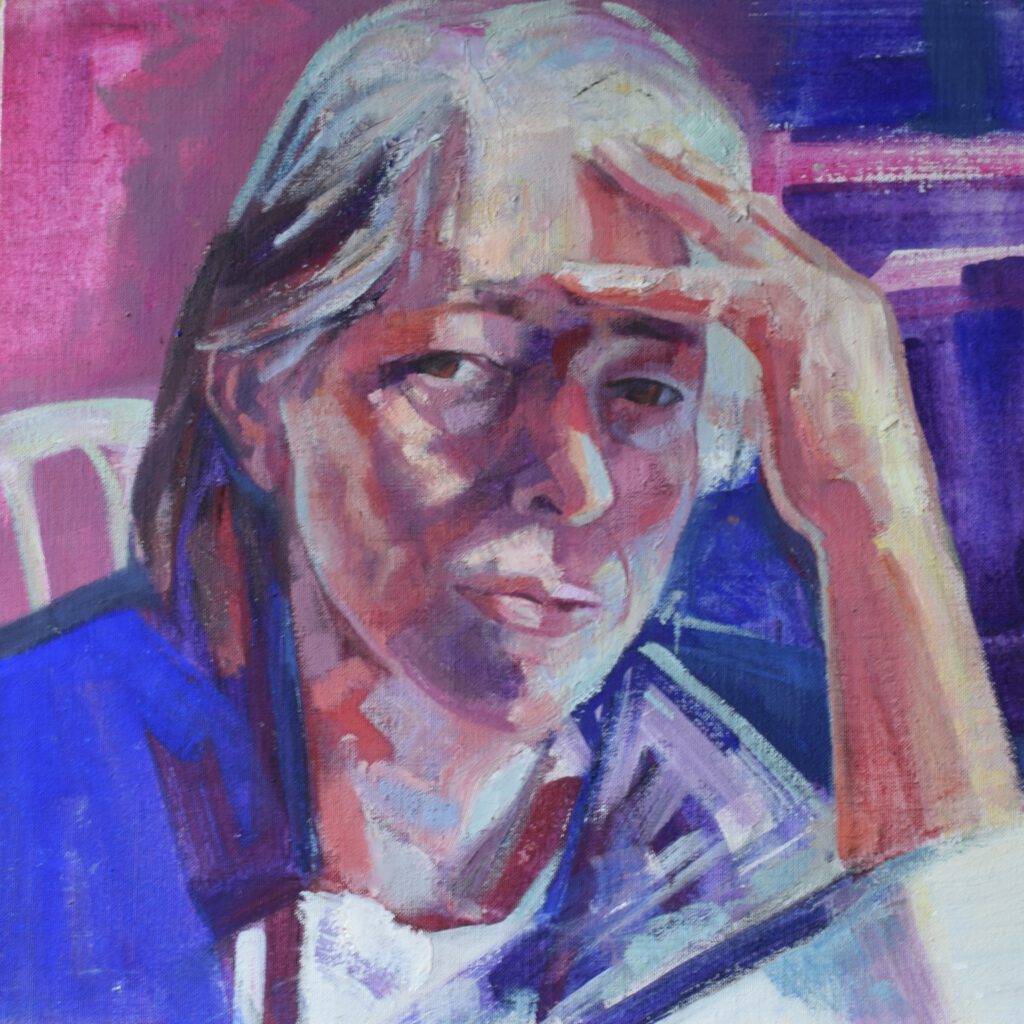 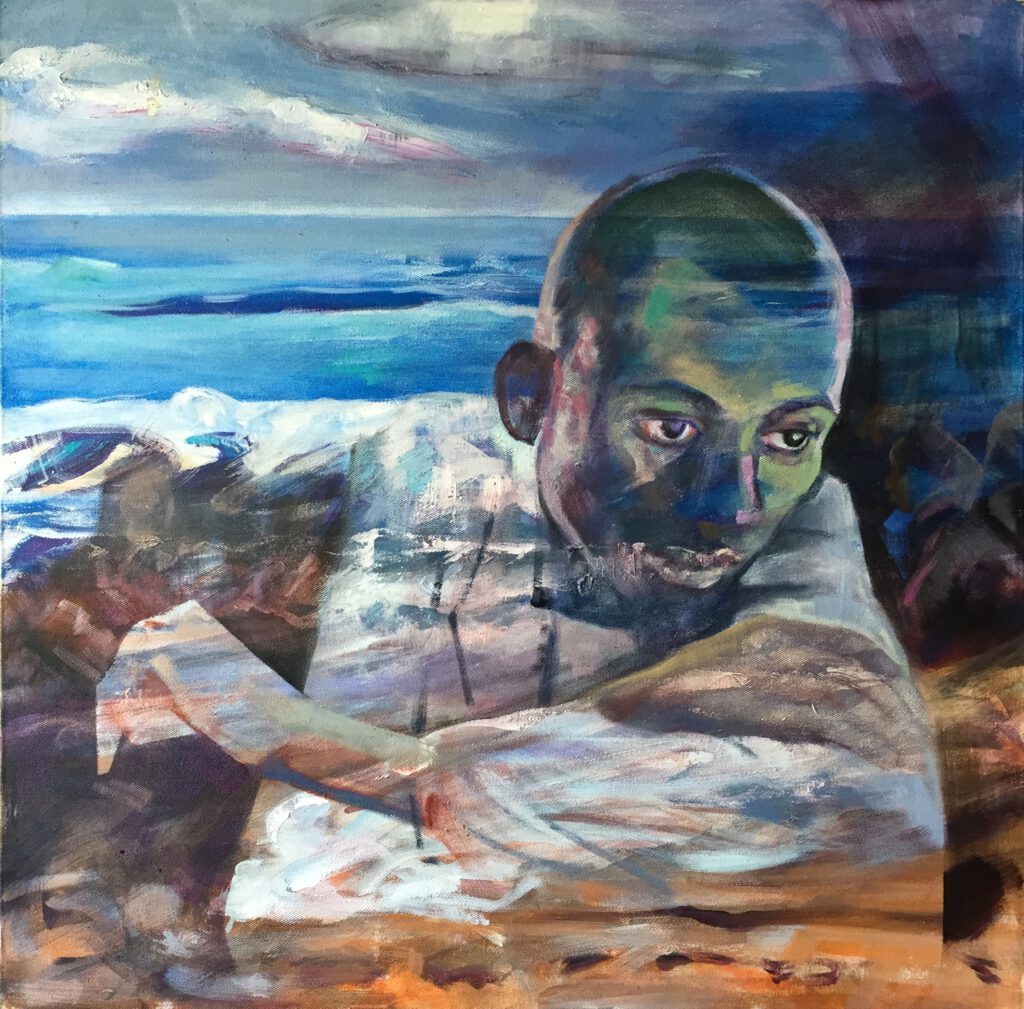 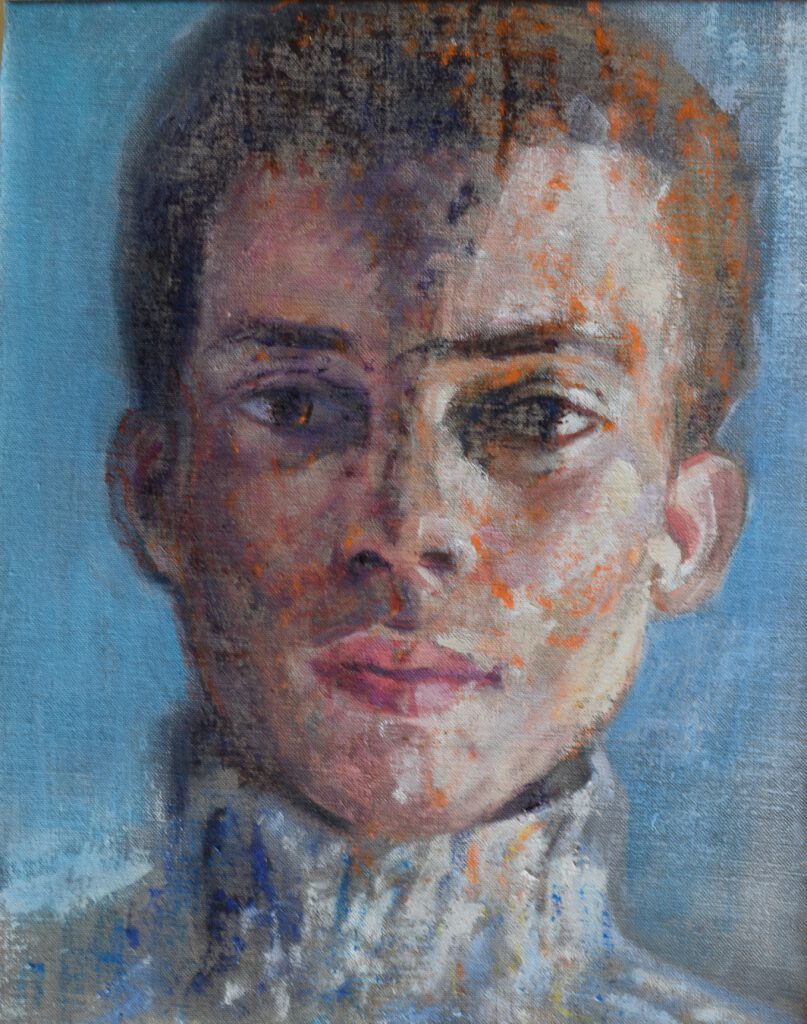